Apostolic Mantles are being picked up

There is a new generation of apostles being released to take their place, to come forth in the power and anointing with which God has empowered them. The time has come for the fresh reinforcement division of apostles who were commissioned in the prior season to pick up the mantle which was placed upon them by God and step into the role for which they have been prepared.

When it was time for Timothy to step into what he had previously been commissioned for by God, Paul wrote to Timothy. Paul had trained and taught Timothy and now Paul was giving him the word, now is the time, son to go forth in your apostolic gift. Timothy was already doing the work of ministry. But there was something more that God had called him to that he hadn’t stepped into yet. God called him as an apostle. Every apostle has to go through a time of preparation, like David, you know you have been anointed but it isn’t your season just yet.

Timothy was about to step into that anointing. Paul saw that it was time and he communicated that to Timothy through his letter. He had previously laid hands on Timothy to receive the gift of God. But there was an interim time between the impartation of that commissioning and the kairos time (appointed) for Timothy to actually step into that authoritative position.

Quote: (The word chronos refers to the general process of time or chronological time. The word kairos refers to the right time, the opportune or strategic time, the now time.) [Sheets, Dutch. God’s Timing for Your Life . Baker Publishing Group. Kindle Edition.]

2 Timothy 1:6 BSB – For this reason I remind you to fan into flame the gift of God, which is in you through the laying on of my hands.

All throughout the book of second Timothy Paul charges Timothy with the work that he needs to accomplish. Timothy was walking in what God had called him to but now was the time for Timothy to begin to walk in the apostolic gifting to which he had been ordained.

2 Timothy 1:14, “Guard, through the Holy Spirit who dwells in us, the treasure which has been entrusted to you.”

This morning I got a word from the Lord which actually picked up from something He showed me back in 2007. At that time the Lord was showing me that an entire generation of elderly apostolic leaders were dying off. Their mantles were falling. The first sign was in February of that year. I was in a gathering at the home of a friend. In attendance was an elderly gentleman, who along with his wife were leading a fairly large and influential ministry. The man got up from his seat and walked across the room. As he passed in front of me I saw something fall. It looked a little bit like a prayer shawl. As I saw it fall to the ground I heard the words, “His mantle is falling.” About a week later the man died. When I heard of his passing the Lord reminded me of the mantle I saw falling as he passed in front of me just one week earlier

Later in 2007 the Lord spoke to me through a dream that there was a whole generation of apostolic leaders that were going to be dying off. They had run their course and it would soon be time for their mantles to fall as well. It was simply time, like the apostle Paul, when he said, he had run his race. However, it was further revealed that prophetic and angelic assistance was going to be needed in order for the new apostolic mantles to be picked up by the proper individuals.

This wasn’t going to be a simple transition. There was going to be a gap period as the new apostolic leaders were not quite ready to be launched. This wasn’t about continuing the same work which these amazing fathers and mothers had begun. This was about the phasing out of one season in order to prepare for the next.

There was some preparation that still needed to take place before the new apostolic leaders would be ready to take their ordained positions. In the meantime there were people who would either seize the open positions or have the office thrust upon them regardless of their qualifications.

It wasn’t time to pick up the fallen mantles just because they had fallen. But like Israel crying out for a king the people would cry out for someone to take the vacant position. They were place holders but they wouldn’t be operating in the gift of apostolic authority to set the church in order. (Ephesians 4) Some of the ministries which these passing apostolic leaders left behind were supposed to die as well. But people couldn’t understand why God would want the ministry to die just because their beloved leader was gone.

Rather than allow chaos to fill the gap they wanted to hold on to something comfortable. They couldn’t see the bigger picture of what God was doing. And in their desire to keep things going they either took the position for themselves or thrust it on someone they deemed capable. These well meaning souls were seeing through the eyes of an outdated and obsolete paradigm. Photo by Artem Beliaikin on Pexels.com Photo by Artem Beliaikin on Pexels.com

However, God had a plan that included letting some of these old ministries pass away despite how much good they were doing.

What the Lord showed me was that there have been men and women who walked in apostolic authority, who built ministries and did good throughout there lives. As these faithful leaders have died off those who were left behind tried to keep the ministries going despite God desire to end it. There was supposed to be a gap of time between the old order dying and the new order coming on the scene. The prior generation wasn’t supposed to be replaced so the work they had done could continue. They faithfully completed phase one of a century long strategy for reestablishing apostolic order.

This morning the Lord spoke to me concerning that word I received back in 2007. Here’s the word I got today:

“There are some ministries who have passed the mantle to the wrong heir because there was no resident prophet who would speak My truth into the situation.

And there are those who even after hearing the word of the prophet were determined to seize control. Those who usurped authority which I have not ordained for them have had their day. They will now be removed from their illegitimate rule. They will no longer have the authority or power to maintain these positions.

Some took the lead position because it was thrust upon them by others even though they knew they weren’t anointed by God to carry the mantle, or fill the office. They have done their best but cannot carry things through the transition and to completion without the mantle and commissioning of apostolic authority. Those faithful servants who follow me will be stepping down from their positions so that they can go forward into what I HAVE for them to do.

I am even now calling my reinforcement division of apostles to their positions. I will fill the office of apostle throughout the body of Christ in a way which no one could have expected. I am creating room in the body of Christ for this gift. I am making a way where there seemingly is no way. The body has not been ready but I am making room regardless.

I am sending my apostles out to do the work for which I have called and prepared them. Now is the season. Now is the time of their release. The body will be inundated with apostolic authority that will go beyond even what was experienced in the early church. Get ready church, it is the day of visitation. I am visiting my church and setting things in order.

Ephesians 4:11-13 BSB – And it was He who gave some to be apostles, some to be prophets, some to be evangelists, and some to be pastors and teachers, to equip the saints for works of ministry, to build up the body of Christ, until we all reach unity in the faith and in the knowledge of the Son of God, as we mature to the full measure of the stature of Christ.

The Lord is showing me that phase two is about to begin. There is a fresh division of apostolic reinforcements which are being sent in to establish kingdom order. They will  wage war with apostolic authority. These are new leaders who are being commissioned to establish and set the troops in their proper order.

That means the body of Christ is going to be getting realigned. People will be shifted from where they are to where they are supposed to be. Some people will be resigned as they are released into their proper gifting. Some will be disconnected from one group and  reassigned to another. It is all so that the body can be fit for service and commissioned to do what each individual is called to do. As the apostles set the order it is going to release the body to function in the gifts and callings to which they are anointed. In the days, weeks, months and years ahead there will be a lot of shifting and realigning as these apostolic leaders set things in order.

The church is going to boot camp.

I charge you in the presence of God and of Christ Jesus,

who will judge the living and the dead,

and in view of His appearing and His kingdom:

be prepared in season and out of season; reprove, rebuke,

and encourage with every form of patient instruction.

I am Betty Hall, the voice of Beyond the Dalet, Thru the Dalet, Living Thru and Beyond and up and 5770 & Beyond. I am a spirit filled revelatory teacher with a pastoral heart. I meditate, study and teach on our spiritual identification and allegoric message contained with the Tabernacle, the Feasts of the Lord and Rosh Kodesh. View all posts by Betty Hall

This site uses Akismet to reduce spam. Learn how your comment data is processed.

Thru the Dalet, is a member of our family of sites:  Beyond the Dalet, Living Thru and Beyond and 5700 & Beyond

Processing…
Success! You're on the list.
Whoops! There was an error and we couldn't process your subscription. Please reload the page and try again.

1 Corinthians 14:3 But the one who prophesies speaks to people for their strengthening, encouraging and comfort.

Recent Posts: Living Thru and Beyond 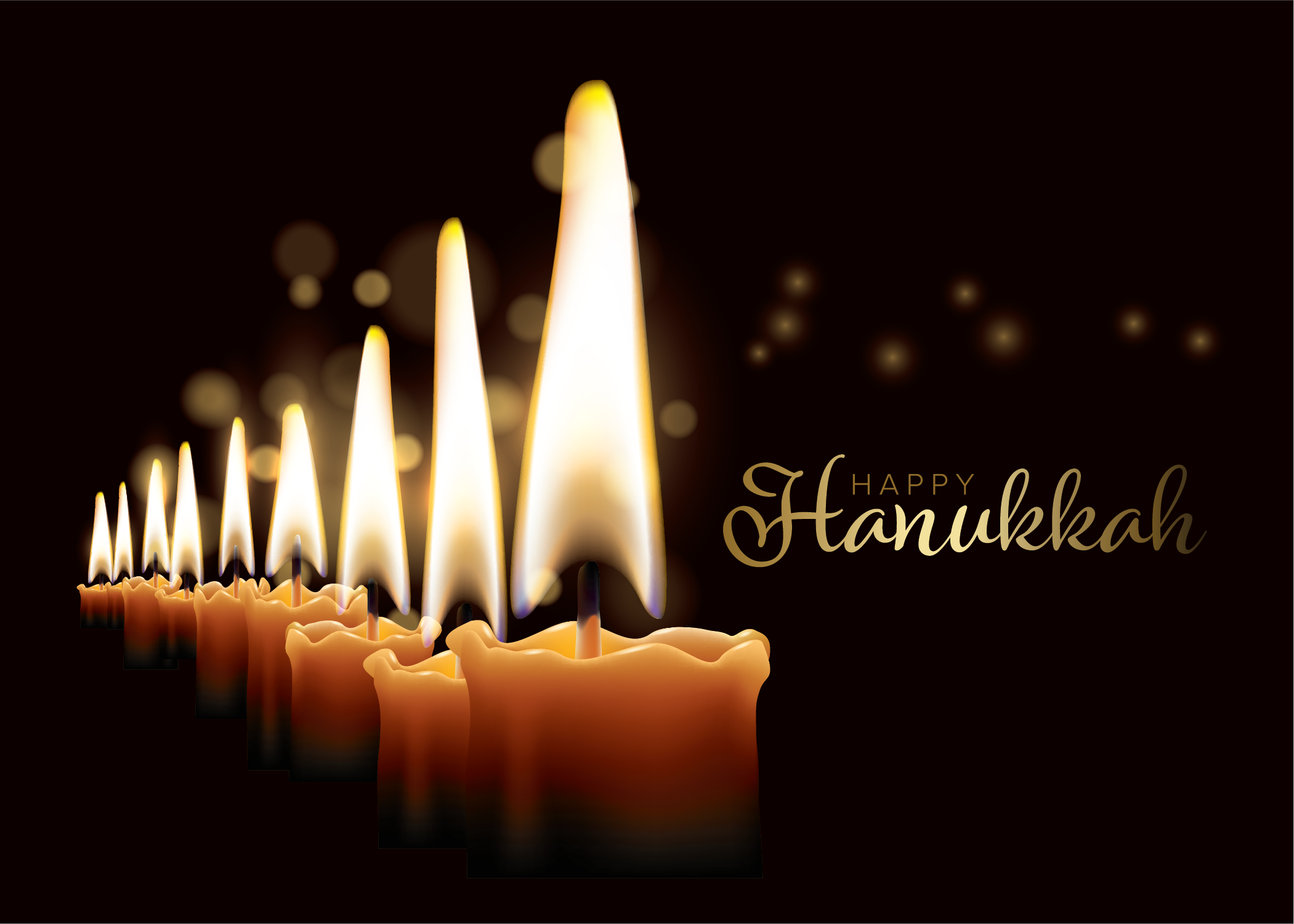 When I think of Hanukkah I think of my mom. It’s not because she was Jewish. She wasn’t. What she was was inquisitive. Mom was always searching. She loved to read. She loved stories. She loved true life stories of actual events. She was never one of those people who took someone else’s word for […] Thru the Dalet Podcast